The International Association of Chiefs of Police has named VCU Police and its partner organization, Game Changer, winners of the 2020 Michael Shanahan Leadership in Public/Private Cooperation Award. 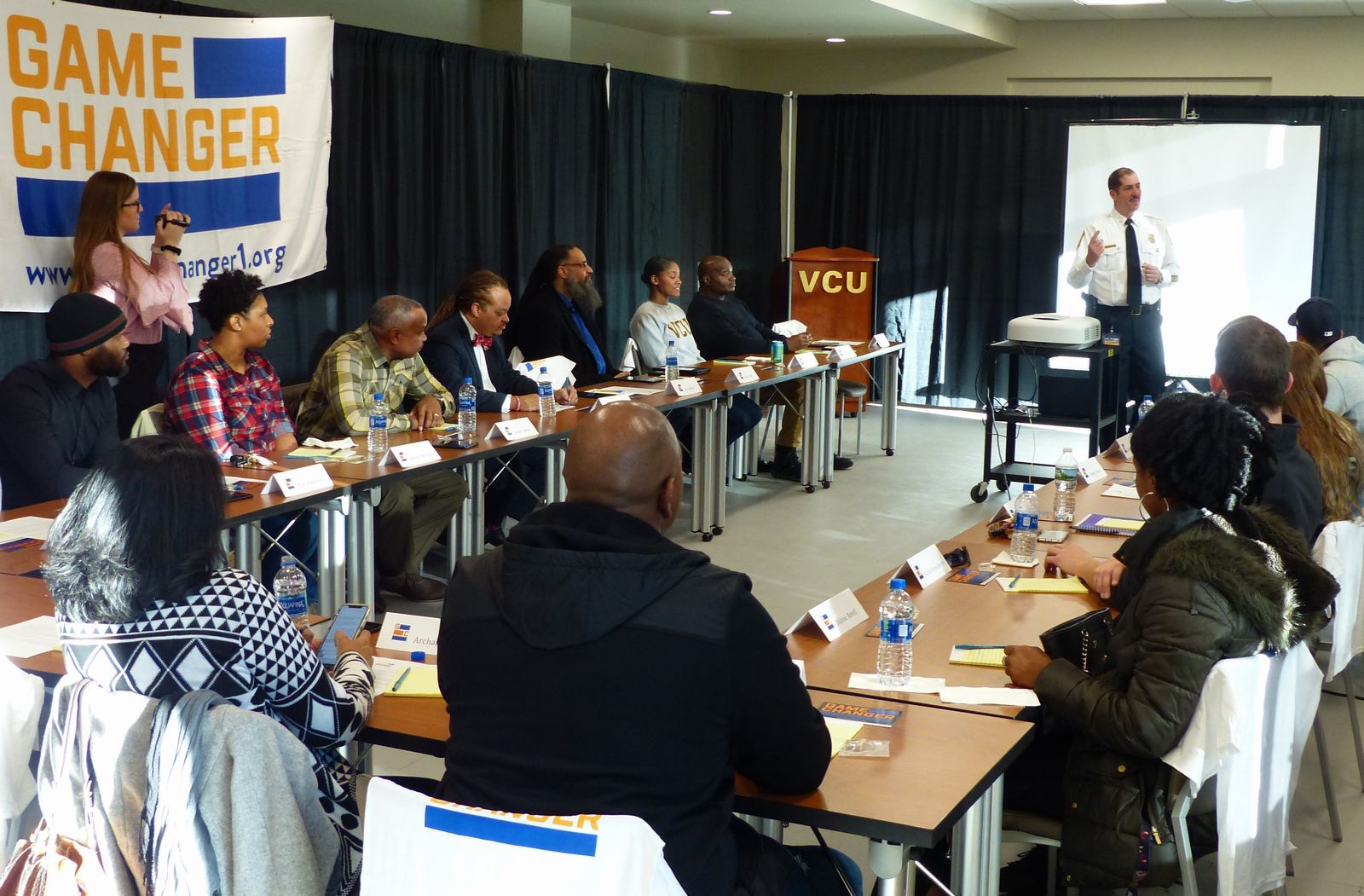 October 23, 2020 — The International Association of Chiefs of Police has named VCU Police and its partner organization, Game Changer, winners of the 2020 Michael Shanahan Leadership in Public/Private Cooperation Award.

Game Changer, developed in Los Angeles by Sean Sheppard, brings together community members, police officers and members of the judicial and legislative branches of government for moderated focus groups to discuss concerns about police-community relations.

VCU was awarded a $107,000 grant by the Virginia Department of Criminal Justice Services to host the nationwide program in Richmond. In collaboration with VCU Athletics, VCU has hosted three Game Changer events since February. The events, which switched from in person to virtual during the COVID-19 pandemic, create a safe space for residents, students, law enforcement and elected officials to discuss problems and devise solutions together.

Following the discussions, participants attend or watch a sporting event together. VCU events have concluded with VCU Men's Basketball and NBA 2K games.

Venuti said he is grateful for the collaboration with Shannon Dion, director of the Virginia Department of Criminal Justice Services, who helped facilitate funding, and Ed McLaughlin, VCU's vice president and director of athletics, who initially brought the program to VCU in 2019.

“VCU Athletics was not afraid to put the work into something creative, new and different to enhance outcomes for public safety and [the Department of Criminal Justice Services] had faith in us to launch Game Changer locally,” Venuti said. “For [the International Association of Chiefs of Police] to recognize this program, and its partners, demonstrates the need for innovation in police and community interactions. Society is changing rapidly and our approach and execution of community policing principles and practices should keep pace.”

Game Changer staff members conduct pre- and post-event surveys and follow-up surveys to track participants' perceptions about policing. Sheppard said a 2018 analysis of surveys indicated that participation in Game Changer events changes perceptions and behaviors among police and residents. He believes the improvement in communication between the groups enhances police legitimacy in the community.

Sheppard believes the program has room to expand in Richmond.

“Folks in Richmond [who are] looking for a data-proven solution to change perceptions and behaviors of residents and officers need not look any further than what VCU [Police Department] has been delivering to the community through Game Changer,” Sheppard said. “When elected officials begin participating as regularly as the officers and residents, positive, measurable, permanent changes will occur.”

This is the second time in five years that the International Association of Chiefs of Police has recognized VCU Police for its partnerships. In 2015, IACP honored the department and SyCom Technologies with an honorable mention for the Shanahan Award. The two worked together to create, and install, an extensive security camera system on both of VCU's Richmond campuses.