The following letter from the VACP and the Virginia Municipal League was sent to Governor Ralph Northam this morning:
March 9, 2021 The Honorable Ralph Northam Governor of Virginia Dear Governor Northam: The budget enacted by the 2020 Special Session appropriated some $10.9 million to provide a $500 bonus for DSP sworn officers and state-supported sworn deputy sheriffs. An additional $7.5 million was also appropriated to promote the recruitment and retention of the most qualified local police department sworn personnel. The Virginia Municipal League and the Virginia Association of Chiefs of Police supported these actions and express our gratitude to you and the General Assembly. The budget conference report adopted by the 2021 General Assembly included a 5.0 percent salary increase for state employees as well as an additional 3.0 percent special salary supplement for the Department of State Police and a special salary-compression-adjustment based on years of service. Under this same budget conference report, deputy sheriffs will receive a 5.0 percent salary increase. Police departments serving and protecting Virginians who live in our cities, counties and towns were not recognized. No bonus. No salary increases. No increase in the state's contribution to the “599” law enforcement program. It is a fact that most Virginians depend on local police departments, not sheriff's offices, to respond in cases of emergencies and threats to public safety to protect their person and property. It is a fact that under §9.1-169 of the Code of Virginia, the “599” appropriation is tied to the percentage change in total general fund revenue collections as stated in the Appropriation Act. This was ignored in both the introduced and final versions of the Budget Bill (HB 1800). We respectfully request that you submit a budget amendment to increase state financial support for police departments throughout the Commonwealth. It is a state statutory commitment that should not be forgotten. Sincerely, 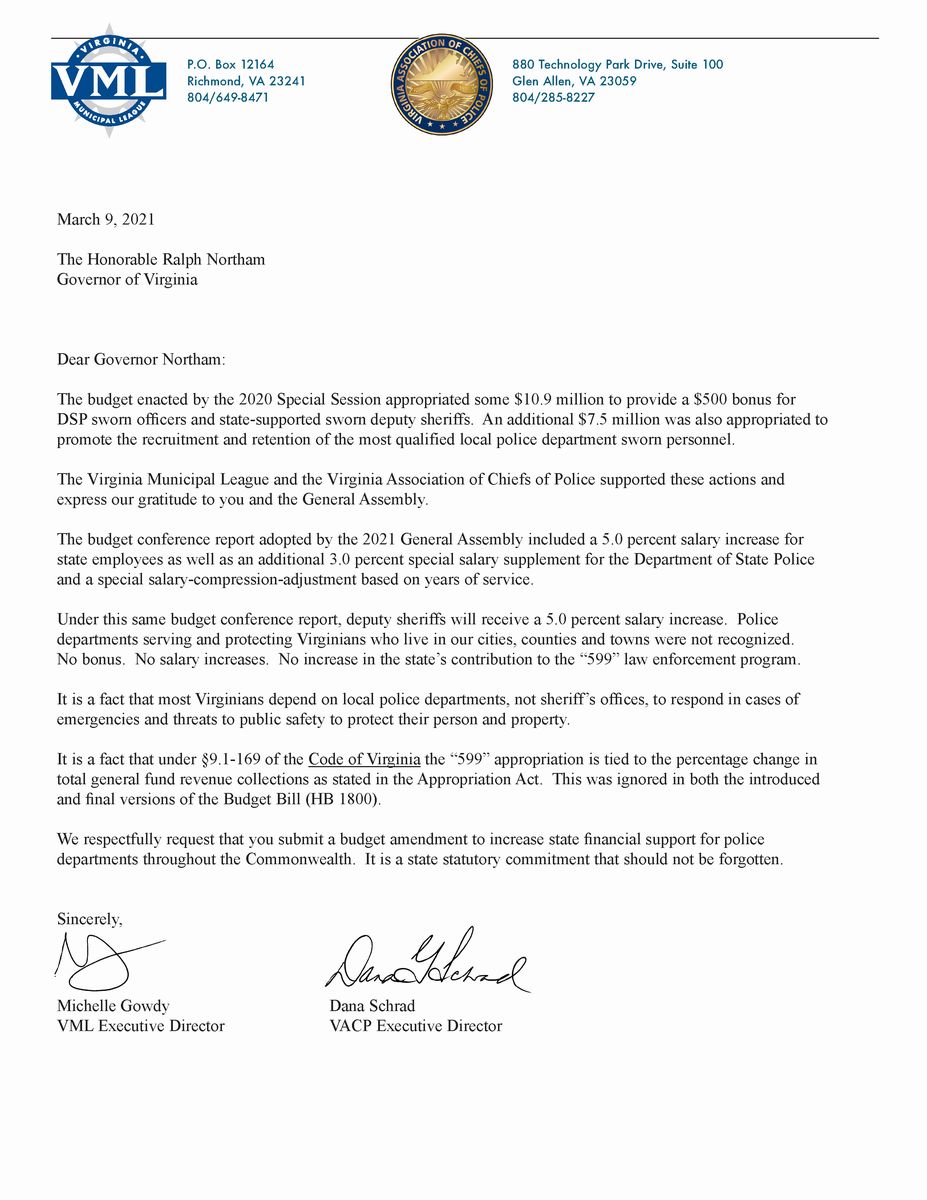