On this 20th anniversary of the terrorist attacks on September 11, 2001, the VACP is recommending a shrouding of badges in honor of the lives lost. 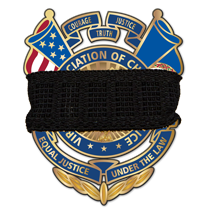 The VACP traditionally reserves recommendations about badge shrouding strictly for officers killed in the line of duty. However, in light of the 20th anniversary of the 9/11 tragedy, which involved the response of many Virginia law enforcement officers, the VACP Executive Board is recommending that Virginia law enforcement officers shroud their badges on Saturday, September 11, in honor of those whose lives were lost in response to the attacks on September 11, 2001.